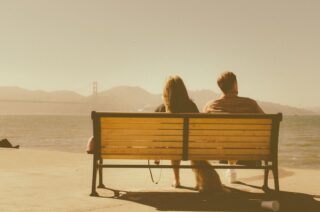 What is Psychological Abuse in a Relationship?

When speaking about abuse, most people refer directly to physical aggression, but abuse can be more inconspicuous than that.  For decades, especially in the context of domestic violence, psychological assault was seen as less serious, and even disregarded, when compared to physical offense. So, it is with a degree of urgency we bring this awareness for you to recognise as it can be as traumatising as physical violence, while giving the abuser excuses for their behaviour, since it doesn’t leave concrete visible marks.

The lack of visible scars is why so many people fail to recognise it as violence: both victims and abusers are taught throughout an entire lifetime that certain attitudes, within a relationship are normal and even expected, just as long as they don’t go beyond foul words.

Psychological – also known as emotional – abuse is used to control and demean the other person.  It does not only occur only in romantic relationships and it is a lot more common than people think.

Most abusers resort to emotional abuse to simply get what they want: it is geared to manipulate the other person and to make her/him feel insecure and useless, leaving the victim without the courage, or means, put name or understand why this is happening to them. Also, it is used as a power-play; because there is no physical contact, abusers often see in it a way to hurt the other, without losing the good image they have of themselves. Certainly, if there is no physical contact, it is not violence?

This belief couldn’t be further from the truth.

What are the Signs of an Abusive Relationship?

Psychological abuse can take a long time to be recognised – and, even when recognised (usually by an someone or an institution, outside the relationship) it can be refuted – in no small way; due to verbal abuse being used as a way to discipline and even to distort and justify the way a primary relationship is taught to kids as they grow up.

If the child grows and is educated to believe the person they are with should behave in a certain way and they have constantly seen other couples demanding certain things from each other, then they will not question the false belief that this violence is the way things should be. Violence is normalised for the perpetrator and the victim and their children, even as these violent expectations become excessive, unbalanced and ruinous.

Relationship decisions that involve both partners should responsible be made together, while taking both the individual views and those of them as a Couple into account.

Notwithstanding, abusers believe they have more powerful-rights and, often the financial clout, to drive through their purported, better judgement.  Being therefore, more able to have their-final word in their decision, while resorting to victimisation and guilt as tools to bully and ‘persuade’ the other to forcefully submit through personal humiliation to the bully’s way.

Therefore, certain bullying attitudes are empowered to become the normal communication, where the perpetrator as the abuser is blinded and continually escalates violent-transgression to have their way: their demands are escalated and given to use violent abuse as entirely reasonable.  In some families and societies, perpetrators live as a law-abiding citizen, while behind closed doors shame, fear and violence flourish, where bullying of the mother and children are trained to be loyal, while blindly submitting to violence.

Consequently, victims can very easily believe they are really, the cause and so deserve abusive, violent and cruel abusive-treatment; especially so, where financial security is used as a weapon.  Even when recognised as psychological abuse, the victim will often fail to denounce it as they are often too afraid to break the relationship, afraid that they are unworthy of love and will never be loved again.

Psychological abuse is a weapon, generally used as a means to achieve selfish outcomes involving: an ensnared victim in a vulnerable situation, a false power-boost to the abuser’s ego, a way to direct frustrations often sexual and to deflect and project blame on the victim.

Psychological abuse flourishes when someone feels they’re constantly being held back, exploited, put sown, demeaned, voiceless – not heard, treated disrespectfully, disregarded and where their voice, sexual, physical and mental safety are abused and violated.

They usually translate to the following:

Abusers insist that the victim be in constant contact with them, letting them know where they are at all times, and assuring they spend all their free time with them. Even if this means – and it is often the abuser’s goal – that the victim becomes estranged from their family, friends, and other acquaintances.

They will try to dictate the way the victim looks (their clothes, hair, and what they own), they’ll want to manage their finances, demand access to their most private things (like phone, and email), and even control where the victim works and the places they are allowed to go.

No matter what the other (Victim) does, or how much they devote themselves to the abuser, it is never enough.

Abusers make unreasonable requests, meant to keep certain standards of perfection that are impossible to attain, expecting the other to follow through without questioning.

A victim of psychological abuse will never be able to love the abuser enough. The abuser will use jealousy as a way to express love, making the victim feel guilty for not being at the level they deserve.

Abusers will always find a way to create chaos, by starting up entrapment-discussions over the smallest of things.

They will give the victim a constant feeling of having to walk on eggshells, at the risk of accidentally starting up another fight.

They will try to humiliate and invalidate the victim, by dismissing their needs or opinions, accusing them of being too emotional (and, therefore, incapable of logical thought), putting themselves and their emotions as paramount at all times, and acting hurt and angry when the other tries to talk about their own feelings. They will turn the narrative around to, once again, look like they are the victim in a contrived, self-seeking, situation.

A very common abuse technique is gaslighting: pretending certain things never happened, or happened in a different way, to a point in which the victim, already hurt and vulnerable, starts to doubt themselves.

While physical abuse is usually visible and possible to prove, psychological abuse leaves traces that are hard to pinpoint, distinguish, and to recognise; often by the victim.

Giving care and support for the victim relies, to a large degree, on gently counselling the victim to develop clinical and emotional trust that they are believed; especially in situations when the abuser is extremely cordial to everyone else, particularly in counselling settings.

Aggression, as a controlling attitude, when deemed as nothing more than ‘jealousy’, can untreated, extrapolate and turn into real psychological and physical, sexual abuse over time. Therefore, it is important to pay attention and recognise the signs early on in the relationship.

It is vital for individuals, even in an intimate relationship, to recognise that there are boundaries in place and to have these boundaries respected. Particularly, in relations to constant devotion and feigning attention – or lack thereof – does not necessarily equate to meaning there is a “lack of love”.

Couples can come to their safe place of love-talk, with active listening to their partner, come to respect each other and the other’s opinion and start undertaking an active participation in  becoming their own Couple, with personal work within themselves and on exposing to the light for the unpacking and new-learning of mis-constructed ideas over what a Couple’s relationship can be, where two become one loving Couple. The result will be individually a more stable and healthier person and hence a truly loving Couple.

The first step to fight psychological abuse, even when it is already present and happening, is to recognise it and to seek expert help; available ONLINE. Results show this can work for both the victim and the abuser over time with individual and Couple sessions to come together as one.

Therefore, it is important to create an environment that protects the Couple through active listening, no resort to guilt, blame or shame. Using education where applicable to support changed behaviours using therapeutic modalities that measure emotional and physical change successfully.

Stack Counselling ONLINE: is expert in quickly helping and supporting individuals to become their own loving Couple using therapies as learning-tools that develop self-confidence and trust that they can measure in becoming a loving, responsible, positively-communicative partner and trusted-friend to turn their and the lives of their children into Love.